The Axis of Stevil Show. Your world, my spin.

Clearing up the confusion on sanctuary cities.

This election cycle, we have heard a lot about "Sanctuary Cities" and their disregard for the law when it comes to illegal immigration. Donald Trump made dealing with these cities a campaign issue, promising to crack down on them and make them comply with federal immigration enforcement. This was a popular issue with many of his supporters, but in talking with them it became increasingly clear that many of them have no idea what a sanctuary city is, what they do, and how this relates to federal immigration law enforcement. Some of them think that these cities go so far as to harbor illegals and protect them from federal enforcement agents. I wanted to make an attempt at clearing the air on what it is exactly that these cities do.

Or is it just you? 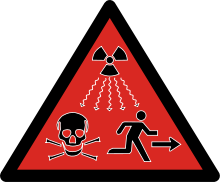 Are we all going to die?

Many Trump supporters have been having fun with the overreaction of some on the left to Donald Trump's victory. It seems the operative term for these folks is "snowflake" and their home base of operation is a location known as a "safe space". And while some have clearly taken it a bit far, being observed in the fetal position crying, or rescheduling exams to allow time for healing, perhaps some on the right aren't taking it quite far enough by not trying to understand some of the concerns of others that might be legitimate. I think the best way to come to some common ground is to look at a single issue that might illustrate the points on both sides.

I know, I know... Give the guy a chance, right? He's not even in the office yet and here I am criticizing the guy already. Well, consider this my outreach program to Trump supporters. We need the guy to succeed, and there are some pretty troubling things going on with the President-elect. In fairness, I stayed silent on the Coffee with Ivanka fiasco, and I haven't spoken out on the Camouflage and Cufflinks event that his sons seem to be somehow involved in. To me, this is more or less average run-of-the-mill type of behavior that borders on corruption but doesn't clearly cross the line. And to be honest here, if you honestly thought Trump was going to drain the swamp, well... I'll let Gingrich explain that one to you.

More troubling attacks from the right.

It seems like Republicans have to spend more time defending themselves from misleading and unwarranted attacks from the right than they do from the left anymore. The latest attack in this troubling trend comes from Right Wing News (dot) Com, which posted a short commentary on the arrest of several pro life demonstrators, including Jill Stanek.  The group was arrested earlier today (March 25th) and charged with charged with violating D.C. Code 22-1307. The story on RWN posted part of this story from Life Site News and included a link to the whole article, and included the following observations about the story.

The Birther Worm Has Turned

Let me start by making this perfectly clear. If you are a person who believes that President Obama is not a Natural Born United States Citizen, yet you are supporting Ted Cruz in his aspirations to become President, you are a fraud. I know, it's not nice to lay it out there like that, but I don't care about nice. I care about right and wrong, and the facts of the matter are what they are. To be clear, I am not a "Birther" but I do not believe that President Obama is a natural born United States citizen, nor do I believe that Ted Cruz is either. This is not a off handed, uneducated position either. I have read the thoughts of those who believe otherwise, but I disagree. My opinions are based in a Senate Resolution that we have that speaks to the matter in question. 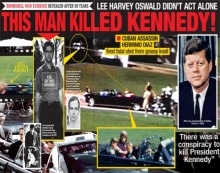 Two conspiracy theorists die and go to heaven. St. Peter tells them that Heaven is a place of all knowledge, so they can each ask him one question and he will reveal the answer to them. The first one says "Who killed John F. Kennedy?" St. Peter says "Lee Harvey Oswald." The other says "Who was he working with?" St. Peter says "He acted alone." The two of them look at each other and say "Wow! The coverup is bigger than we thought!" But seriously, what keeps this stuff going? Some would say the evidence. Other would say mental illness. I myself am unsure, and I have a hard time really focusing on this one as I didn't live through it. This article is pretty much a starting point for me and a note to self. Steve, debunk this one.

While they try to take over a party, they put a nation in peril.

Scott Brown, Chris Christie, Marco Rubio, and Rick Snyder. What do these guys have in common? If you are a tea party member, then you already know the answer. Rick Snyder accepted the Medicare expansion for his state. Marco Rubio tried to tackle immigration reform. Scott Brown... who am I kidding? Like they need a reason? Heck, Chris Christie hugged Obama, let's throw him under the Tea Party Express. These are all candidates once endorsed by the Tea Party who have found themselves on the outs with the same group.  Now, with another midterm election looming around the corner, it appears Mitch McConnell has made the Tea Party Hit List as well. But before you guys get too far into this, would you kindly allow me to present you with some simple logic?

It's a fine line, and sometimes we forget about the Baboons.

Mom? Is that you?

One of the major drawbacks of being a blogger who has opinions that don't always fit the mainstream of either political party is that, after awhile, the party faithful tend to tune you out. Truth be told, I tend to get more responses from the left than from the right when I post my articles to facebook. On the issue of abortion, I am a guy who was once in the pro life political camp until my views evolved (politically, not personally) to pro choice. Yet I have long believed, ever since I knew there even was such an issue, that we should all be able to find some common ground on a child that has been born alive. That was, of course, before I knew about a State Senator from Illinois named Barack Obama and a doctor from Pennsylvania named Kermit Gosnell.

Hot off the press.

More From The Axis